The Infrastructure Of America Is Collapsing 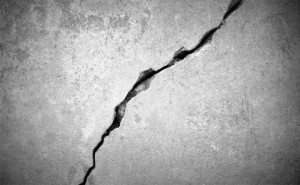 America’s infrastructure is collapsing. Categorically both ‘hard’ and ‘soft’ infrastructure elements are decaying physically and fundamentally while the clock ticks ever closer to any number of major tipping points.

These will have a direct and considerable impact on the vulnerability of our supply chains, especially those which are ‘key’ to our way of life, and our modern survival.
Infrastructure refers to both ‘hard’ and soft’ integral systems and facilities serving a country, city, or area.

Soft infrastructure include institutions and foundations that underpin and enable a nation — such as the financial system and economy, the education system, medical and health care systems, the family, the system of government, values and religion, law enforcement, emergency services, etc..
If we examine the elements of our infrastructure, it seems (and is often quite clear) that many are truly decaying and even collapsing before our eyes. Figuratively and literally there has been corrosion, degeneration, deterioration, disintegration, and rot of both hard and soft infrastructure throughout much of the nation.

Geographically, there are differences and variations as to the overall ‘score’ of collapsing infrastructure, and while nationally many are affected by one or more overall descending trends, systemic risks and vulnerabilities, there are pockets whereby it may appear that there are no issues at all…

A complicated and intertwined set of ‘reasons’ have brought us to this point of decay, and some believe that it’s largely to do with the inevitable cycle of events that occur during the timeline of a ‘rise and fall’ of a ‘people’ — that is, we are somewhere in the stage whereby we have raided the treasury so as to ‘live for today’ with little regard for tomorrow – while having largely ignored the fundamental underpinnings necessary to solidly hold us up.
Given the state of decay (collapse) of hard (physical) and soft (societal) infrastructure, we are especially vulnerable to the unfolding of major chaotic events.

In today’s ‘ridiculously’ high-tech era in which so many critical infrastructure systems face additional systemic vulnerability, any one of a number of catastrophic events (be it a ‘black swan’ or otherwise), a nightmare scenario could result as millions of Americans become dangerously (and even mortally) affected by disruptions including the nation’s food supply chain, regional shortages of of critical supplies which might persist well beyond one’s abilities to cope (or survive), or worse…

A vast majority are totally unprepared for critical infrastructure disruption. Whether it ‘breaks’ by way of having reached a tipping point of decay, by way of malicious intent, or by way of a natural Geo-physical catastrophe, those who have been blinded by normalcy bias will potentially be in grave and mortal danger as their eyes are forced open to see the stark reality of our ‘just in time’ systems and total dependence upon them and others…

…and it will be too late.

The thoughts written above are not specific regarding the individual elements of infrastructure and their present state of collapse (or reasons thereof), but they are presented as a general overview, and to get you thinking of the many categorical systemic risks which expose us to the potentially critical dangers – as we live our so called ‘modern lives’.

What are your thoughts? What infrastructure elements do you see collapsing?