Can you say Hypocrites… Yes, The almighty words being spewed out of the mouths of so called celebrities, about gun control and how we need to remove guns out the homes of Americans, are at the same time being protected by guns.  No only simple hand guns, but fully decked out military grade weapons with guess what, high capacity magazines.  What does this sound like to you?

Quick question: How many of the celebrities at the Golden Globes approve of President Obama and his ongoing plan to restrict your rights under the 2nd Amendment? We know this one does: 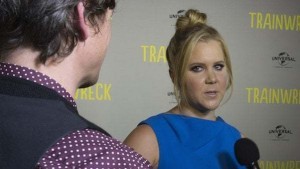 We only ask because Schumer and the other Obama-voting celebrities in attendance are only able to gather in safety thanks to good guys with guns: 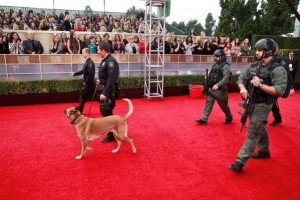 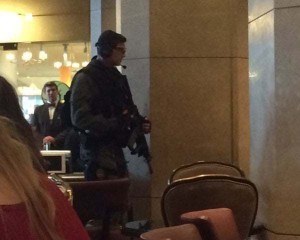 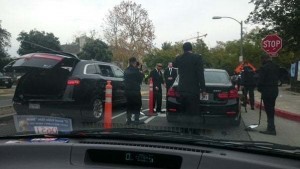 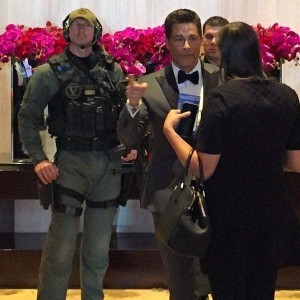 #GoldenGlobes: #BHPD tells me extra security this year. “We’ve ramped it up”. That’s #RobLowe in my shot. 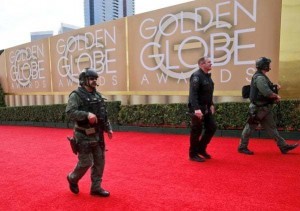 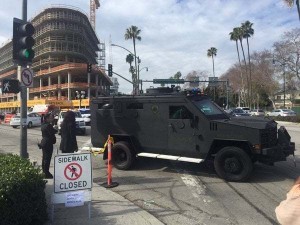 Beverly Hills PD armored vehicle in position. At 4, a look at prep and security going into tonight’s #goldenglobes

Even “Rambo” was there: 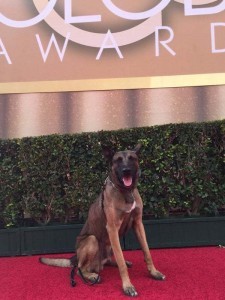