From seasonal storms and natural disasters to hacking attacks and terrorism, we face more threats on our power grid than ever before. With much of our electrical infrastructure still relying on antiquated equipment and technologies, our power grid has become extremely vulnerable to disruption.

Luckily advances in solar technology has made it possible for everyone to at least have a small emergency solar backup, even if it’s just something that can keep your small electronic devices up and running. These small portable devices are not only great for camping and hiking adventures, but when disaster strikes they can help keep devices like cell phones, small tablets, flashlights, emergency radios, ham radios, and GPS devices up and running.

As these technologies continue to improve and be adopted by the public, prices on emergency solar chargers have continued to drop, making them an affordable addition to anyone’s supply list. Here are some of our favorites. 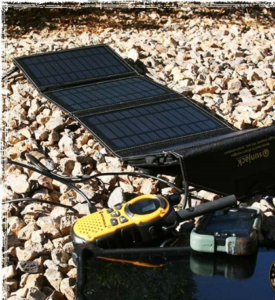 The SunJack is something that I keep in all of my Bug Out Bags. It’s lightweight, provides enough power to keep my iPhone, handheld radios and backup batteries running indefinitely, and can provide power to anything that accepts a USB charger.

The SunJack 14W Solar Charger Panel can be picked up for about $80. Sunjack’s battery backup devices can be found for $40. Each battery backup takes about 5 hours to fully charge and holds enough power to charge an iPhone about 4 times. 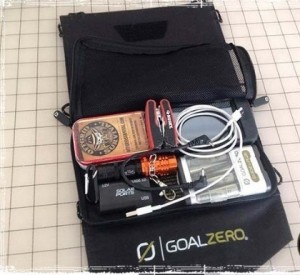 Goal Zero is known for making high-quality solar chargers. For the last couple of years I’ve been using the Goal Zero Guide 10 Adventure Kit as an emergency EDC. The kit includes a Nomad 7 Solar Panel and a Guide 10 Power Pack that can charge AA and AAA batteries.

It’s small enough to slip inside your vehicles glove box, and has an added pocket that allows you to pack it full of extra Every Day Carry (EDC) gear. 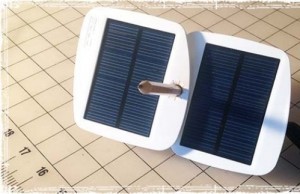 If you’re looking for something that you can literally slip in your pocket, then you need to check out the Solio Bolt or the Solio Classic2 Solar Charger. Both of these chargers are small, can hold their charge for up to a year, and their battery packs can hold enough juice to power the average smart phone about 4 times. 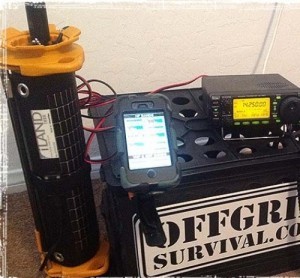 While this is the priciest unit on the list, it also packs the largest punch. The iLand Trek Solar Kit comes with a 10W panel and a heavy-duty battery with an operating voltage of 5V-12V. That means this unit can power things like Ham, Marine, and CB Radios; camp lighting and computers; and even things like water pumps and tools. Check it out in action, powering my Emergency Ham radio Setup. 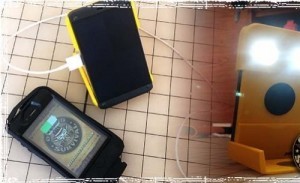 The WakaWaka Power+ is another small, easy-to-carry solar kit that can slip inside just about any bug out bag or EDC kit. It does take a bit longer to charge, which is to be expected with these smaller panel units, but once fully charged it holds enough power to charge a smartphone in about 2 hours. It also comes with built in LED lights (5 to 75 lumens) that provide up to 150 hours of emergency lighting on a single charge.

The WakaWake retails for around $75. 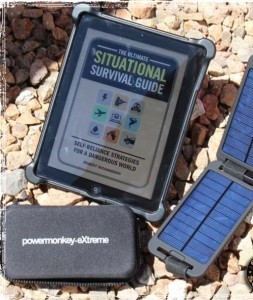 The best thing about the Powermonkey Extreme is the massive amount of power the battery holds. It comes with a 9000mAh lithium polymer battery, and can power virtually any 5V or 12V devices including handheld radios, DSLR cameras and tablet computers. It’s great for camping, and something I like to take with on all long-distance road trips.